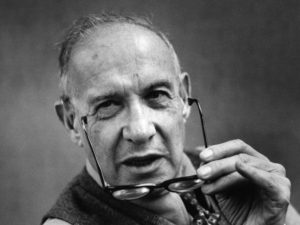 This article is one of a series of Knowledge Compass presentations that highlight insightful and pointed quotations of influential authors, thinkers, philosophers, and others that have influenced culture, business, and world events over the years in both modern and ancient times. A Quotation is the repetition of someone else’s statement or thoughts that over time, have shown to be meaningful and insightful. This article includes

Peter F. Drucker quotes that focus on quality, knowledge, productivity, change, and leadership.that can be used as a reference, show an analogy, or make a point.

Economist and a thinker in business management sciences who revolutionized management theories and methods; authored 39 books with a focus on providing pragmatic approaches and guidance for improving and supporting productivity and profitability. His life work has had a significant influence on shaping the contemporary corporate organization. (1909 – 2005).

“A manager is responsible for the application and performance of knowledge.”

“Today knowledge has power. It controls access to opportunity and advancement.”

“Knowledge has to be improved, challenged, and increased constantly, or it vanishes.”

“There is nothing as useless as doing efficiently that which should not be done at all.”

“Company cultures are like country cultures. Never try to change one. Try, instead, to work with what you’ve got.”

“Objectives are not fate; they are direction. They are not commands; they are commitments. They do not determine the future; they are means to mobilize the resources and energies of the business for the making of the future.”

“Plans are only good intentions unless they immediately degenerate into hard work.”

“A business exists to create a customer”

Rank does not confer privilege or give power. It imposes responsibility.”

“So much of what we call management consists in making it difficult for people to work.”

“The leaders who work most effectively, it seems to me, never say “I”. And that’s not because they have trained themselves not to say “I”. They don’t think “I”. They think “we”; they think “team”. They understand their job to be to make the team function. They accept responsibility and don’t sidestep it, but “we” gets the credit. This is what creates trust, what enables you to get the task done.”

“The most important thing in communication is to hear what isn’t being said.”

“There is an enormous number of managers who have retired on the job.”

“The only things that evolve by themselves in an organization are disorder, friction, and malperformance.”

This site uses Akismet to reduce spam. Learn how your comment data is processed. 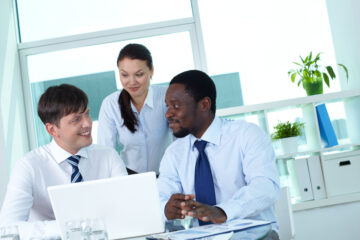 Introduction  Why is there such a dichotomy among Fortune500 companies on the value of a proactive and sustaining innovation workplace? Nowadays, changing market dynamics coupled with continual economic disruption, business disintermediation, and revolutionary technology introduction Read more… 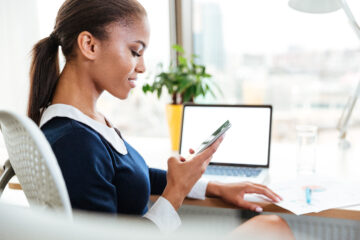 Introduction  Over the last few months, the news media has continually bombarded us with coronavirus reports that focused on business shutdowns, layoffs, unemployment insurance and benefits, and our future financial prospects. Most people, during this Read more… 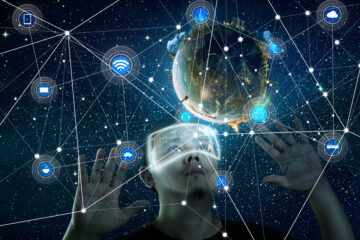 Introduction  Technology innovation continually challenges the status quo and disrupt how businesses engage with customers, employees, and partners. No longer relegated to the IT department, technology strategies and supporting initiatives are regarded today as mission-critical Read more…