One of the prime decision-points, facing start-ups and established business executives, is the creation of a strategy to successfully position their business products and services within an existing competitive industry! The best practice technique to determine the state of a targeted competitive environment is Porter’s Five Forces Framework. A Framework is a widely-recognized tool for identifying and evaluating the five forces that are recognized to discover the competitive intensity and attractiveness (or lack of it) and determine whether a business can be profitable based on the profiles of similar industry organizations.

Act as a deterrent against new competitors.

Influential buyers have a significant impact on prices.

The availability of substitute products will limit the ability to raise prices.

Intense competition leads to reduced profit potential for companies in the same industry. 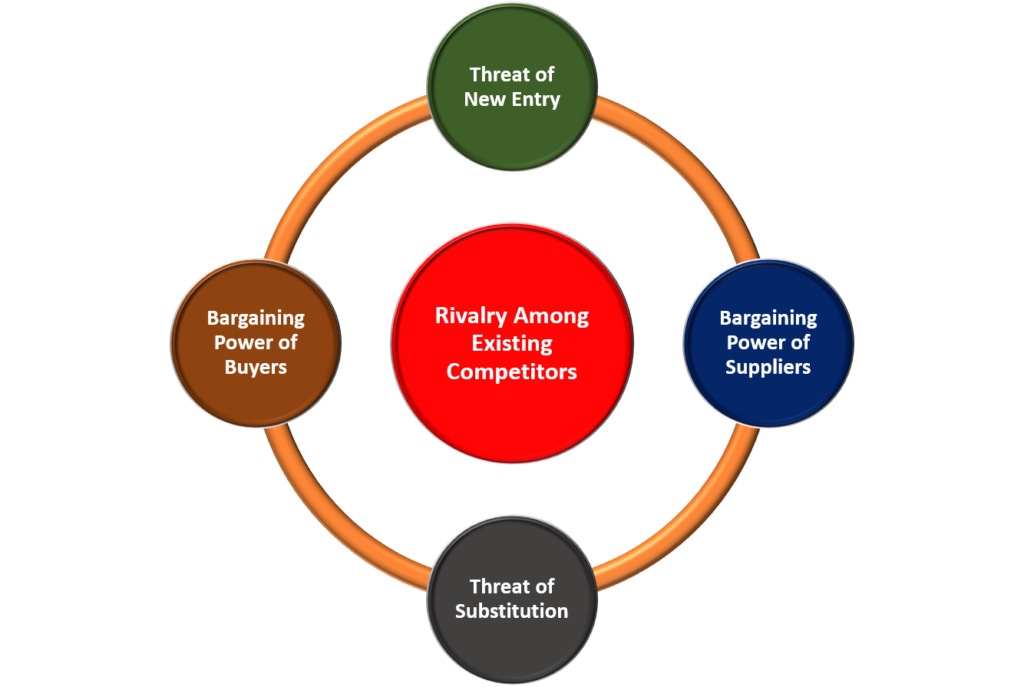 In 1979, Michael Porter, an associate professor at Harvard Business School, published his first article for HBR, “How Competitive Forces Shape Strategy.” In the years that followed, Porter’s explication of the five forces that determine the long-run profitability of any industry has shaped a generation of academic research and business practice. Porter, in his articles, undertakes a thorough reaffirmation and extension of his classic work of strategy formulation, including substantial new sections.

According to Porter, the source of business profitability is identical regardless of industry. Therefore, Porter viewed industry structure as what ultimately drives competition and profitability!

Strategic analysts use the Five Forces to understand whether new products or services are potentially profitable in a targeted industry. By understanding where economic power lies, the Five Forces data can also be used to identify areas of company strength and opportunities to leverage and weaknesses and threats to eliminate and mitigate to avoid bad strategic decision-making.

“The thing is, continuity of strategic direction and continuous improvement in how you do things are absolutely consistent with each other. In fact, they’re mutually reinforcing.”

According to Michael Porter’s Five Forces, an attractive industry has the following characteristics.

The threat of new entry determines how easy (or not) it is to enter a targeted industry. If an enterprise is viewed as profitable with few barriers to enter, competition soon strengthens. When more businesses compete for the same market share, profits will ultimately decrease. It is mission-critical for existing industry participants to create high barriers for entry to deter new entrants.

The key factors typically associated with the use of the Threat of New Entry  Force encompass:

The key factors typically associated with the use of the Bargaining Power of Buyers Force cover:

The threat of substitution is especially menacing when buyers can easily find substitute products with attractive prices or better quality, and when buyers can switch from one product or service to another with little cost.

The key factors typically associated with the use of the Threat of Substitution Force include:

The key factors typically associated with the use of the Bargaining Power of Suppliers Force include:

Competitive rivalry is the primary determinant of competitive and profitable. In a competitive industry, businesses must compete aggressively for market share.

The key factors typically associated with the use of the Rivalry Among Existing Competitors Force are outlined below:

“The biggest risk is not taking any risk… In a world that changing really quickly, the only strategy that is guaranteed to fail is not taking risks.”

The Five Forces is a useful brainstorming tool for conducting an in-depth analysis of the competitive structure of an industry within a holistic strategic planning exercise. Furthermore, the Five Forces Tool can be used successfully to complement SWOT and PEST analyses.

This site uses Akismet to reduce spam. Learn how your comment data is processed. 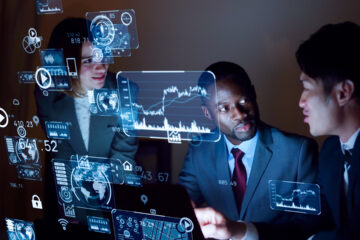 COVID-19 created a perfect storm that resulted in multiplied crises occurring in the public and private sectors globally. The consequences of these pandemic troubles have disturbed lives, pushed the healthcare systems to capacity, limiting supply chain logistics, created a severe economic slowdown, and endangered corporate sustainability and long-term business success. 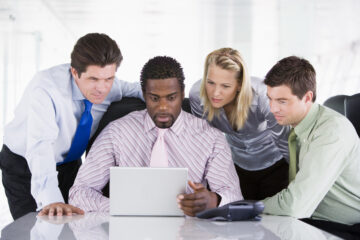 Introduction  Business technology projects have steadily evolved from a tactical to a strategic focus and competence over the years. Nowadays, organizations that equally value technology and business strategies sustain a more substantial Strategic Alignment with Read more… 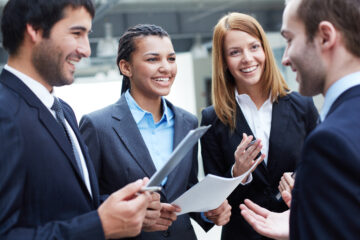 SWOT Analysis: Peeling Back the Onion